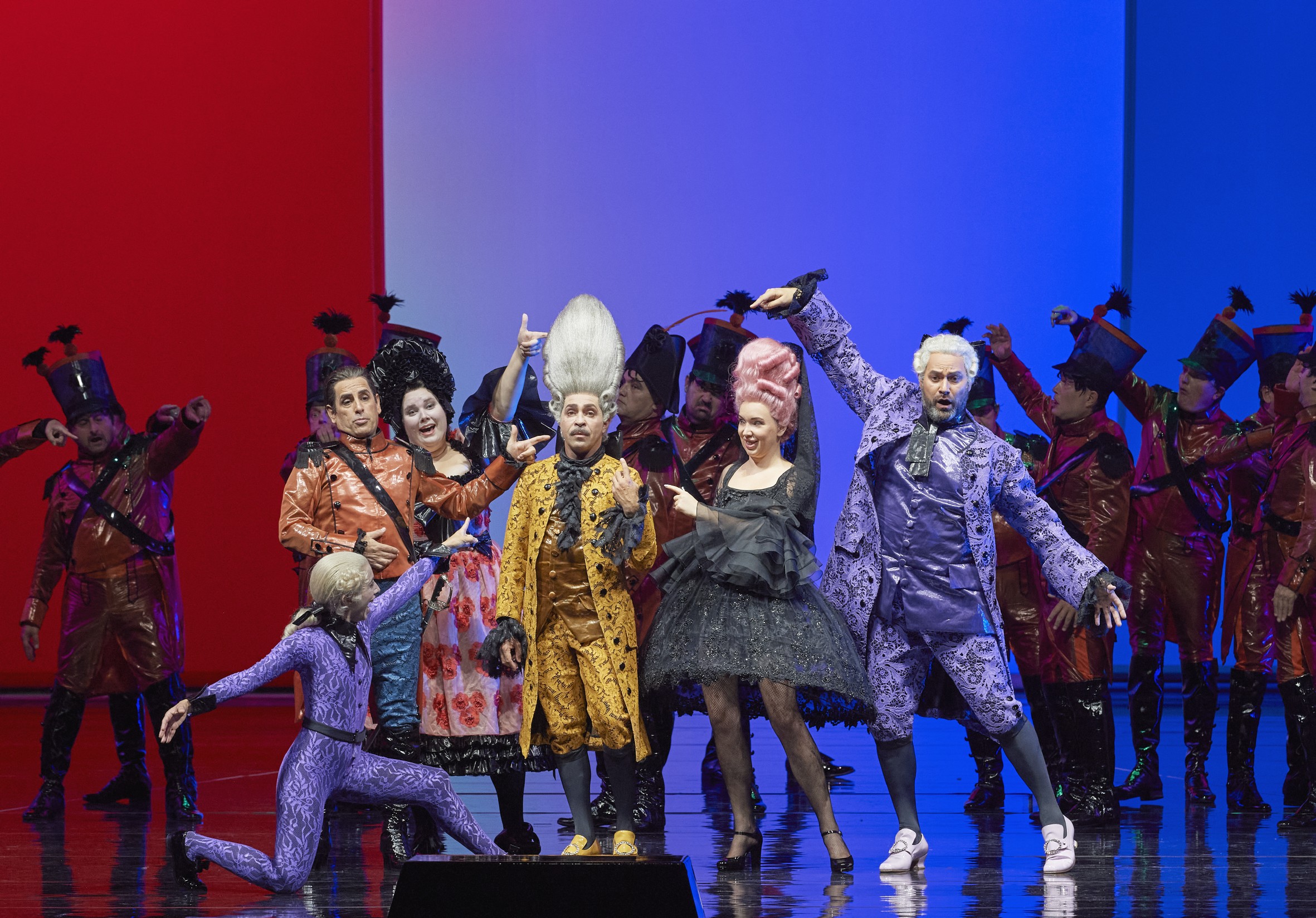 The new production of Gioachino Rossini’s Il Barbiere di Siviglia, on stage from 28 September to 14 October 2021, is marking the debut of Orchestra conductor Michele Mariotti on the podium of the Wiener Staatsoper. Mariotti, who was initially supposed to make his debut at the Vienna State Opera in 2020 by conducting a revival of Guillaume Tell, followed by a new production of Ballo in Maschera – both cancelled due to the health emergency – is about to conduct inside the most famous Austrian theatre for the first time. The production stars a first-class cast led by Peruvian tenor Juan Diego Flórez who is interpreting the role of Count Almaviva. With him on stage are French-Canadian baritone Étienne Dupuis in the title role, Russian mezzo Vasilisa Berzhanskaya playing Rosina, Italian bass-baritone Paolo Bordogna as Don Bartolo, and Russian bass Ildar Abdrazakov as Don Basilio.

The Wiener Staatsoper – presenting a new production of Il Barbiere di Siviglia 55 years after Günther Rennert’s historical staging – has entrusted the new show to a German director like Herbert Fritsch and to an Italian conductor like Mariotti, already highly acclaimed in Austria at the 2017 Salzburg Festival where he led Verdi opera I Due Foscari. Costumes and light design are by Victoria Behr and Carsten Sander, respectively.

Talking about Rossini’s buffo opera based on Beaumarchais’ comedy by the same name, Mariotti says: «Il Barbiere di Siviglia is the ideal bridge between Commedia dell’Arte and Opera Buffa, and yet it doesn’t identify with either, actually overcoming them. The musical material in Barbiere is so heterogeneous that it almost portrays the opera as a series of paintings on display, all with different shades, contrasting atmospheres and never-before-heard musical situations. Of course we laugh – continues the conductor – and we smile, but we often forget that some of the funny situations involve non buffo characters: two men who plan their enemy’s defeat; a girl who wants to be sure of her lover’s status; a self-made man who is a serious troublemaker; and a rich man who can put anything to rest thanks to his power».

The show will be broadcasted by the Austrian National radio and television network ORF, both live on 28 September at 7pm on Radio Ö1, and delayed on 9 October at 8.15pm in the main evening program on television channel ORF 2. ARTE will broadcast the barber on November 28, and will offer a stream on the online platform ARTE Concert from this day.

Following Barbiere – the opera with which he made his professional debut in 2005 – Mariotti will be leading a concert performance of Simon Boccanegra at the Verdi Festival in Parma with the Orchestra and Chorus of the Teatro Comunale di Bologna, and Verdi’s Otello for the opening of the new season of the Teatro San Carlo di Napoli (with Jonas Kaufmann, and with Mario Martone directing). Beginning with the 2022/2023 Season he will be Musical Director of the Teatro dell’Opera di Roma.