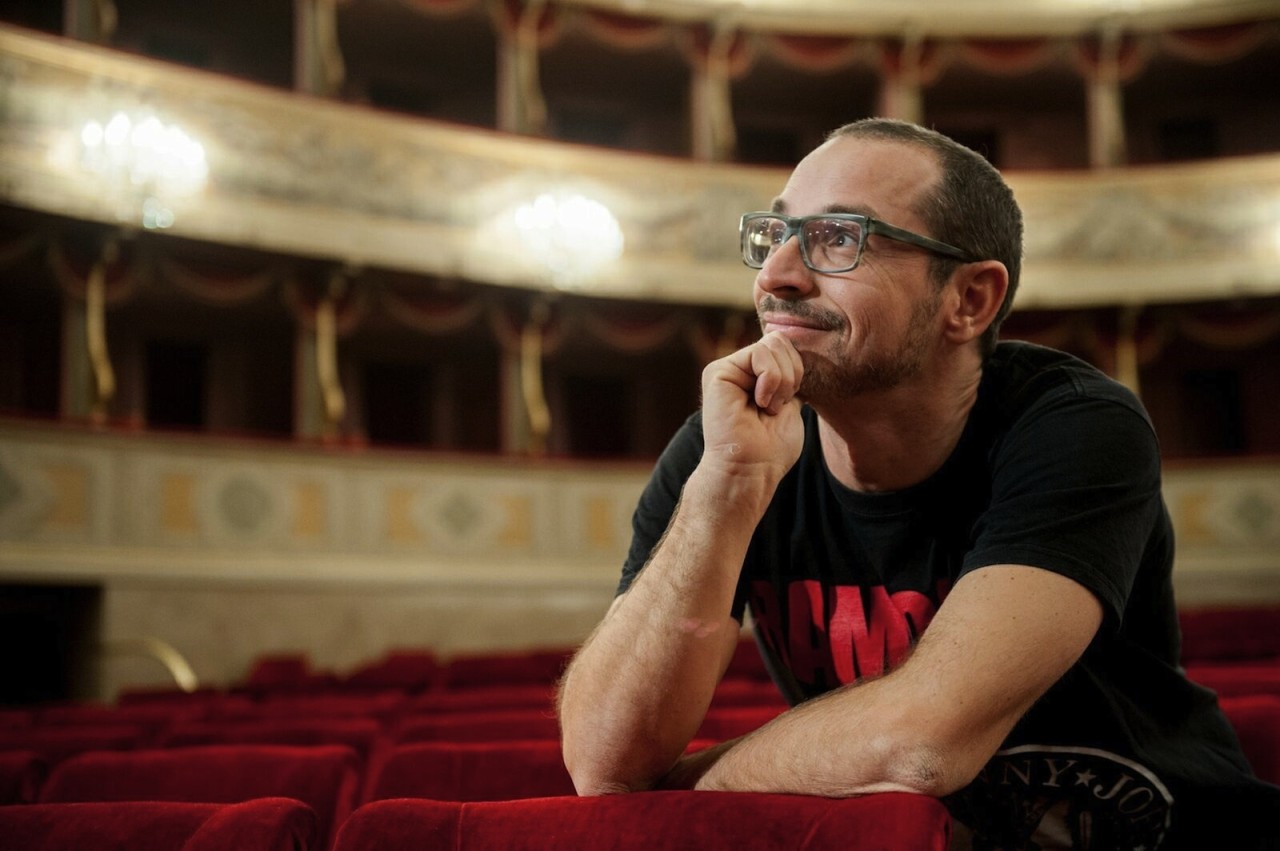 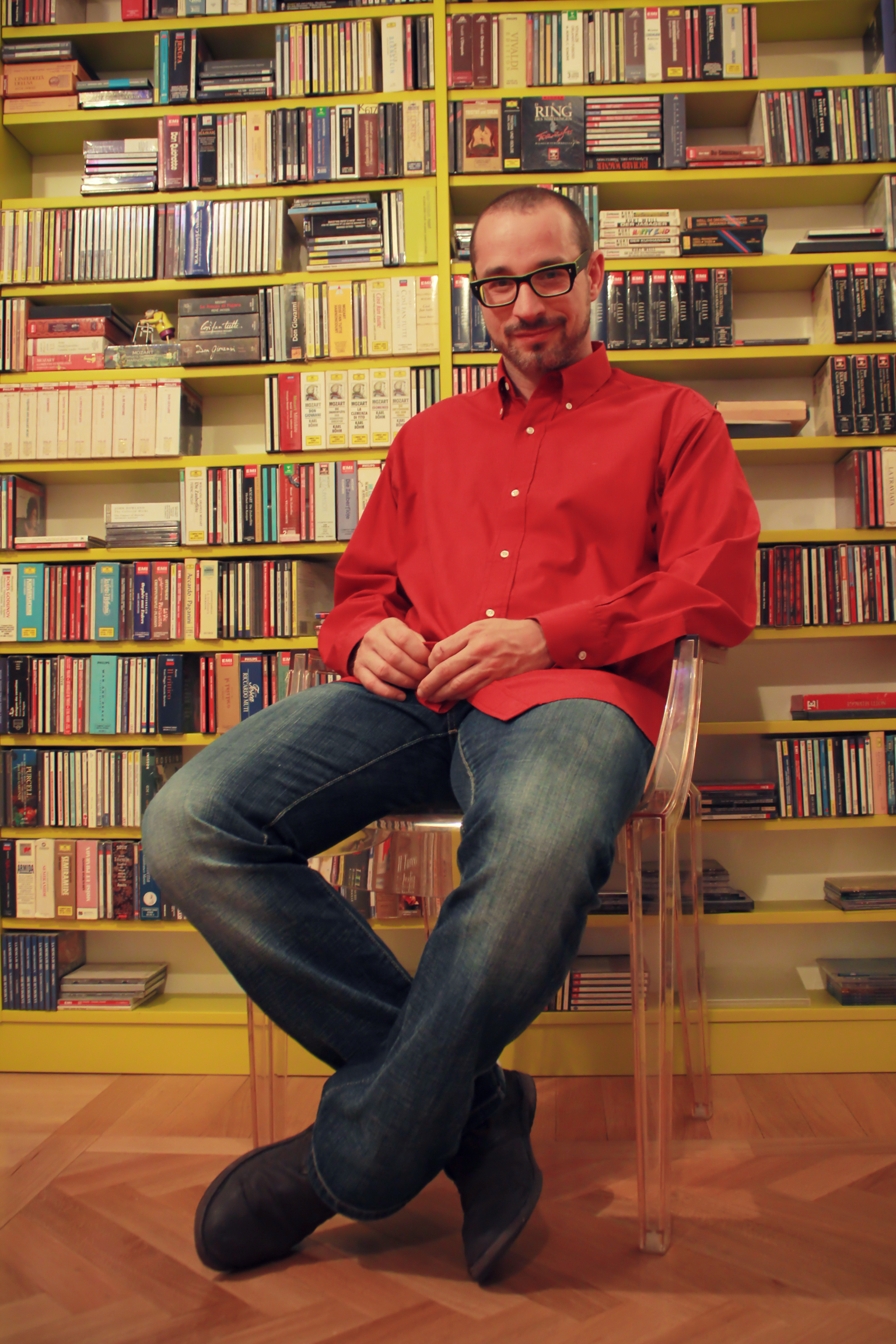 Born in 1972 in Bergamo, graduated in Modern Literature and at the Scuola d’Arte Drammatica Paolo Grassi in Milan. He starts his activities as assistant of the stage director for the regional opera circuit in Tuscany and Lombardy and for the Wexford’s Festival. La CantarinaHe debutes as stage director with Niccolò Piccinni’s La Cantarina staged for the Sala Museum. In the same year he collaborates with Aslico for the project Opera Domani with Gluck, Mozart, Massenet’s Operas staged in Florence and Venice. He is author of lots of new innovative works, half way between concert and show: he wants to create a new lyric theater. In this project he collaborates with a lot of opera houses, realizing W Verdi in Reggio Emilia, Da Vivaldi a Pasolini and Da Verdi a Mina in Como and Diva in Ivrea. In 2008 he directs a new staging of I puntigli delle donne for Pergolesi Spontini Festival, Tana a Candrogopoli in Montepulciano and stages a media event dedicate to Il Barbiere di Siviglia in Pesaro co-produced by Rossini Opera Festival and Sky. He write I Musicanti di Brema’s libretto and also stages it at Teatro dal Verme in Milan, then he stages Sylvano Bussotti’s last work, Silvano Sylvano, for The Accademia di Santa Cecilia in Rome, Il Turco in Italia in Vicenza, Il Barbiere di Siviglia and Alice nel paese delle meraviglie in Palermo. In 2009 he wins the prestigious Abbiati Prize for Best initiative of the year with Bianco Rosso e Verdi, produced by Teatro Massimo in Palermo. Since many years he’s author for Reggio Emilia’s Opera Off, an experimental opera Festival with performances, lessons, conferences and special television projects, including Le ragazze della via Gluck (from Orfeo ed Euridice and the saga of Ifigenia), Il Mare (from Simon Boccanegra), Viva Verdi (from Nabucco to Ernani and Don Carlo), Shakespeare vs. Verdi (from Macbeth, Otello and Falstaff), Da Verdi a Mina (from La Traviata and Il Trovatore). He stages also Gounod’s Roméo et Juliette in Verona, with a great success of public and critic, then La Bohème at La Fenice in Venice and again in April 2012 and February 2013. He will be back in Venice with a new production of Otello, then on tour in Japan in July 2013; he will also stage Otello in the Courtyard of the Doge’s Palace in Venice. His recent engagements are Sogno di una notte di mezza estate with the Philharmonic Orchestra of Teatro alla Scala with Teatro Elfo Puccini; Claudio Ambrosini’s Il Killer di parole based on a novel by Daniel Pennac, staged also at Opéra Nationale de Lorraine in Nancy. Between recent engagements in opera: Adriana Lecouvreur in Nice, Aida in Macerata and Beijing, Pagliacci in Sao Paulo, Candide in Florence, Semiramide in Halle, Il Barbiere di Siviglia in Athens and Bologna, Così fan tutte for As.Li.Co, Lucia di Lammermoor in Venice. Among future engagments, Aida in Macerata and Teatro Comunale in Bologna, Otello in Verona, La Bohème in Venice, Lucia di Lammermoor in Bordeaux, Rigoletto, La Traviata and Il Trovatore in Florence, De Bello Gallico in the Touscan theatrical circuit.