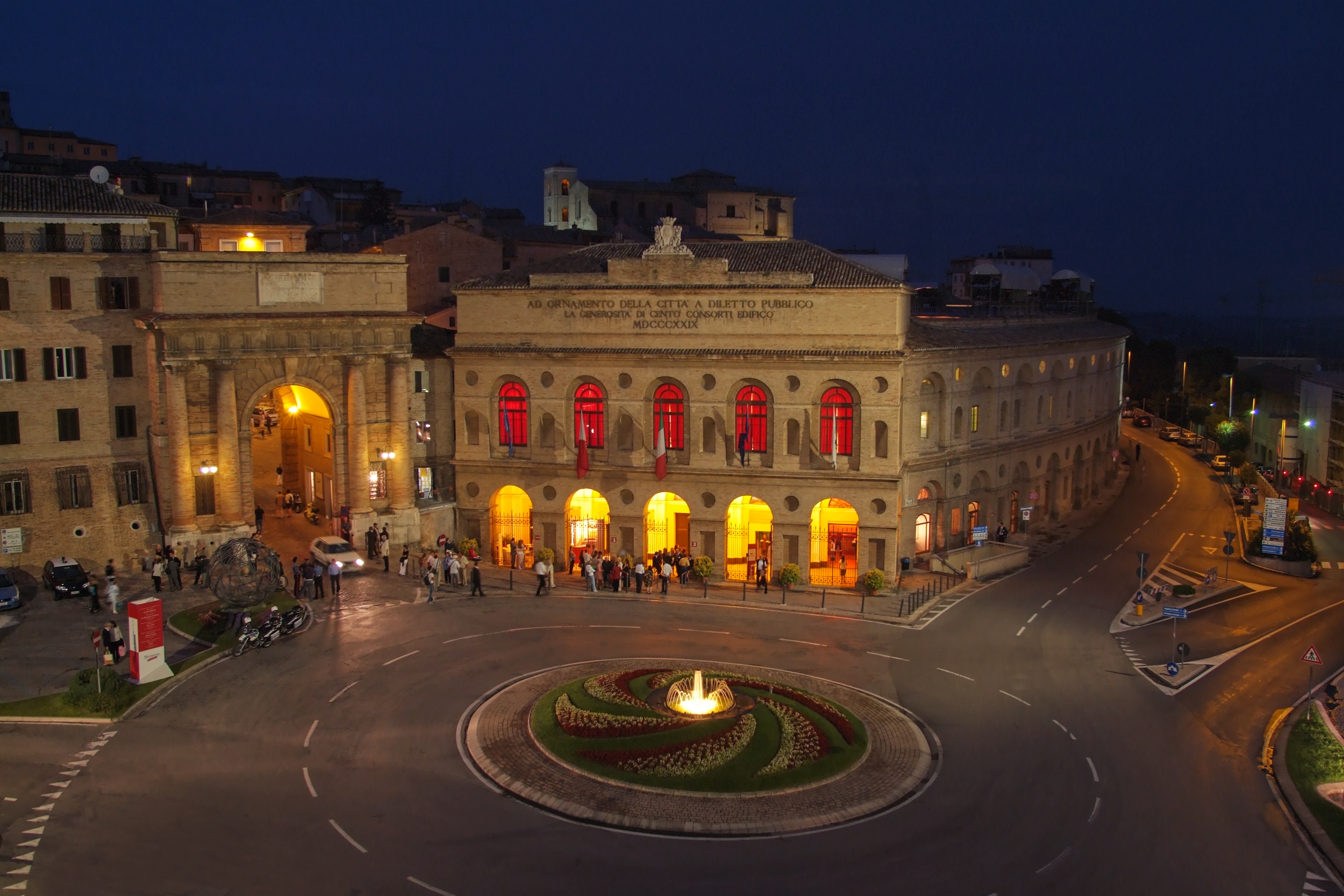 The Macerata Opera Festival is one of the oldest and most prestigious open-air summer opera festivals in Italy. It takes place in the Sferisterio, a fascinating venue built between 1820 and 1829 at the behest of the city’s “Cento consorti” (the one hundred consorts), when it was intended for playing the ball game with armlet. Following performances of Aida and Gioconda in the 1920s (the latter with tenor Beniamino Gigli), the Festival has been running regularly since 1967. Luciano Messi became its superintendent in December 2015. Thanks to the location’s excellent natural acoustic, to its 2,500 seats, 104 boxes, and a large stage, the Opera Seasons attract the most demanding audiences, who enjoy watching original productions and prestigious interpreters in a highly blessed venue, monumental and intimate at the same time, that offers perfect visibility and an excellent listening experience, as testified by the many artists who have walked its stage, including Mario Del Monaco, Luciano Pavarotti, Katia Ricciarelli, Renato Bruson, Montserrat Caballé, Placido Domingo. Some of the most celebrated productions include the so-called “Traviata of the mirrors” by Josef Svoboda in 1992, and the Bohème directed by Ken Russell in 1984. Francesco Micheli has been managing the Festival from 2012 to 2017, and he has focused on bringing back the Festival’s original prestige by redesigning the artistic proposal. As a result the Festival has been collecting the positive reactions from both critics (Abbiati award for a new production of Bohème) and audiences, thanks to shows that don’t forget a contemporary taste while respecting the Italian artistic tradition. From 2018 to 2020 the artistic Director will be Barbara Minghetti and the Music Director will be Francesco Lanzillotta. The Macerata Opera Festival has also strengthened its connections with the business world, doubling sponsors contributions over a few years period, and becoming one of the very few Italian institutions whose self-financing exceeds public funding.