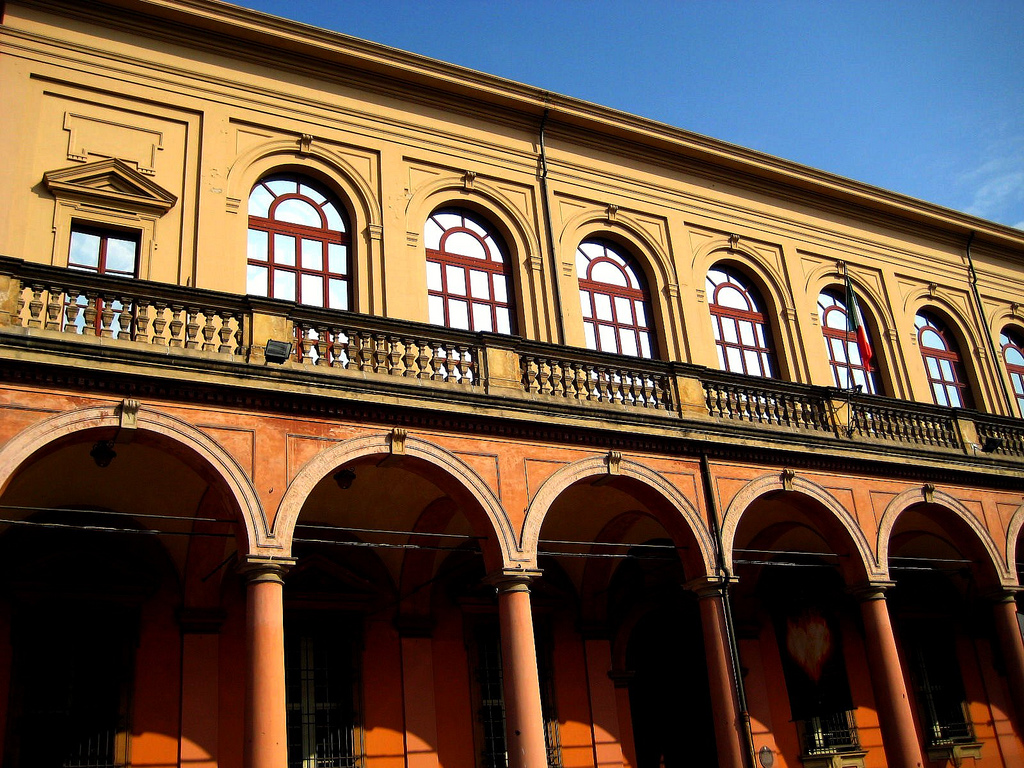 The fire that in 1745 burnt down the then all-wood Teatro Malvezzi in Bologna marks the beginning of the story of opera house of Bologna. Following the fire, the town commissioned Antonio Galli Bibiena, member of a famous family of theater architects and set designers, the building of a new stone opera house, in Baroque style. On 14 May 1763 the Teatro Comunale opened its doors to the audience with the premiere of Gluck’s Il Trionfo di Clelia. Remaining documents refer that 1,500 people attended the event, out of a population that reached 70,000 residents at the time. Since then, the Comunale has become popular thanks to the high quality of its shows and to the fame of the artists coming from all over the world. Bologna’s musical heritage is well known: many composers, including Mozart, studied at Bologna’s Accademia Musicale; Rossini lived there for several years and saw his operas performed at the Comunale; Verdi worked in nearby Busseto and Sant’Agata. In 1867 the Italian premiere of Don Carlo took place on the stage of the Bibiena theatre, only a few month after its “premiere” in Paris. But the town and its theatre were also open to non-Italian productions and artists. Having been the first theatre to stage Wagner’s Lohengrin,Tannhauser, Der fliegende Holländer, Tristan und Isolde and Parsifal, the Teatro Comunale earned the town of Bologna the name of “Wagnerian” city. During the Italian premiere of Lohengrin, Verdi was sitting in one of the theatre’s boxes holding the score of his rival in his hands. Some of the great conductors who have performed in Bologna are: Mariani, Toscanini, Furtwängler, von Karajan, Gavazzeni, Celibidache, Solti, Delman, and more recently Muti, Abbado, Chailly, Thielemann, Sinopoli, Gatti, and Jurowski. All of the greatest voices of the 19th Century have walked the stage of the Comunale. Throughout the 20th Century singers like Pavarotti, Freni, Bruson, Horne, Ludwig, Anderson, have all performed in this theatre. Today the Teatro Comunale continues its tradition of excellence. Some of the most recent shows have been staged by Pier Luigi Pizzi, Luca Ronconi, Bob Wilson, Pier’Alli, Werner Herzog, Calixto Bieito, Damiano Michieletto and Romeo Castellucci. The theatre can count on 95 orchestra musicians and 70 chorus members, producing some 80 opera performances and 30 symphonic concerts per season. Besides covering the areas of Bologna and Reggio Emilia, the theatre has been on several tours abroad: we may recall  the Japan tours in 1993, 1998, 2002, and 2006, and important international festivals like Aix en Province in 2005 and Savonlinna in 2006.