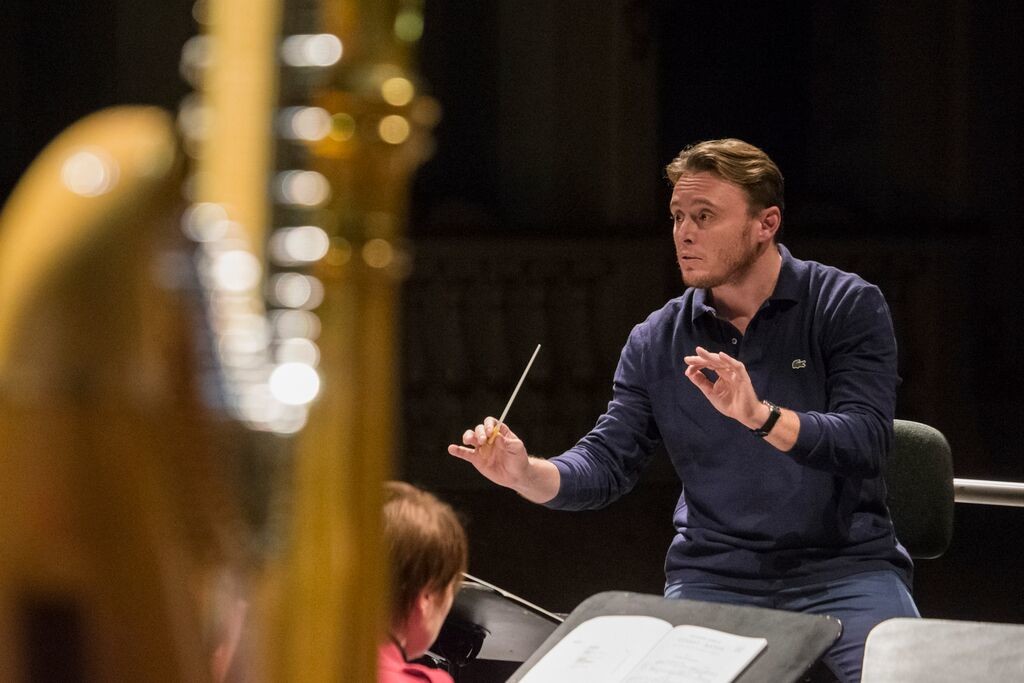 Following his concerts in Turin and Bergamo, Michele Mariotti is returning with “his” orchestra to the Teatro Manzoni in Bologna on Thursday 5 November (at 8.30pm) with a debut program focusing on two essential and celebrated works from the German repertoire. During the first part of the concert he will interpret, together with pianist Roberto Cominati, Johannes Brahms’ Concerto No. 1 in D minor Op. 15; while during the second part he will conduct Ludwig van Beethoven’s Symphony No. 6 in F major Op. 68 “Pastoral”.

“I continue my work on Beethoven’s symphonies – underlines the director from Pesaro – putting together the “Pastoral” symphony, so dreamy and metaphysical, and another musical piece with a symphonic structure and dimension, Brahms’ first Piano Concerto, where the composer, after a powerful beginning, chooses a warmer and dreamier atmosphere already from the second theme of the first movement, to then open up to the most intimate and tender lyrical impulses in the second movement”.