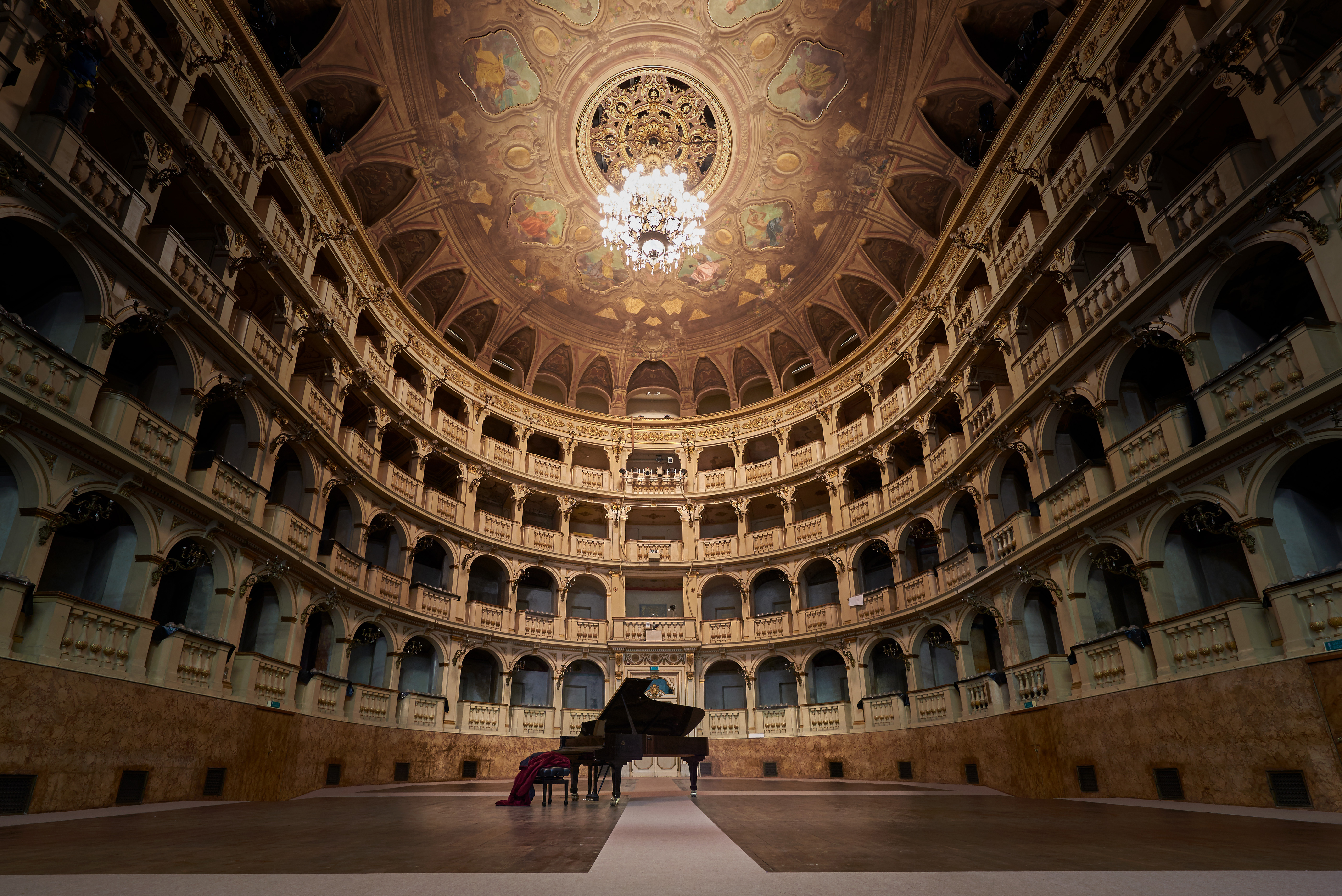 The Teatro Comunale di Bologna opens after the break caused by the health emergency, enhancing the historic Sala Bibiena with its very precious acoustics with summer concerts that will take place in theater and will be preceded by an appetizer in the fascinating terrace overlooking Verdi’s square.

The festival “L’estate del Bibiena” will offer a series of double-evening concerts aimed at enhancing symphonic repertoire, with prestigious conductors that have repeatedly guided the complexes of the theater, and the choral-chamber repertoire. There will be also several appointments with some of the great voices usually present in the Bologna seasons. Among the composers chosen for the programs, particular attention is given to musicians who had a privileged relationship with Bologna as Christoph Willibald Gluck, Richard Wagner, Giuseppe Martucci, and also to Ludwig van Beethoven on the 250th anniversary of his birth.

All the concerts, scheduled at 9.00 pm, will be briefly introduced by the same interpreters or by a musicologist and they will take place in compliance with safety standards, without interval. The musicians will play in the stalls without armchairs and the audience will attend the performances from the stages.

The festival starts on June 25th, replies on June 26th, with the return on the podium of the Orchestra of Michele Mariotti, who was first Principal Conductor and then Musical Director from 2008 to 2018. On July 1st and 2nd the protagonist will be the Slovakian conductor Juraj Valčuha, that last January conducted the Tristan und Isolde who opened the 2020 season. Marco Boni will conduct the concerts on July 3rd and 4th. The festival continues with four concerts featuring the Coro directed by Alberto Malazzi, planning on July 8th, 9th, 10th and 11th, with Nicoletta Mezzini and Cristina Giardini at the piano. After being protagonists of the Cavalleria rusticana in December 2019, the mezzo-soprano Veronica Simeoni and the tenor Roberto Aronica will return to sing in the Sala Bibiena, with a recital scheduled on July 15th, with Nicoletta Mezzini at the piano. Another frequent presence on the stage of the Teatro Comunale, Alexander Lonquich is once again the protagonist in the double role of conductor and soloist of a double Mozartian appointment on July 17th and 18th. July 22th and 23th on the podium there will be the conductor Marco Angius, while July 24th and 25th there will be Stefano Conticello. On July 29th and 30th the soprano Mariangela Sicilia, already recent protagonist of Bohème (Abbiati prize) La Traviata and Turandot. On the podium and at the piano there will be the Israeli conductor Asher Fisch, who will also be engaged on the 2nd of August in Piazza Maggiore with the TCBO Orchestra for the concert celebrating the 40th anniversary of the Bologna massacre. During the first week of August, until Saturday 8th, further concerts will be scheduled. The musical offer of “L’estate del Bibiena” is completed by the concert of the ERJ Orchestra, made up of well-known professional jazz musicians from Emilia Romagna and some of best talents and students from the region (July 6th), and three concerts with the young performers of the Scuola dell’Opera del Teatro Comunale di Bologna (July 16th and 31st, August 1st).