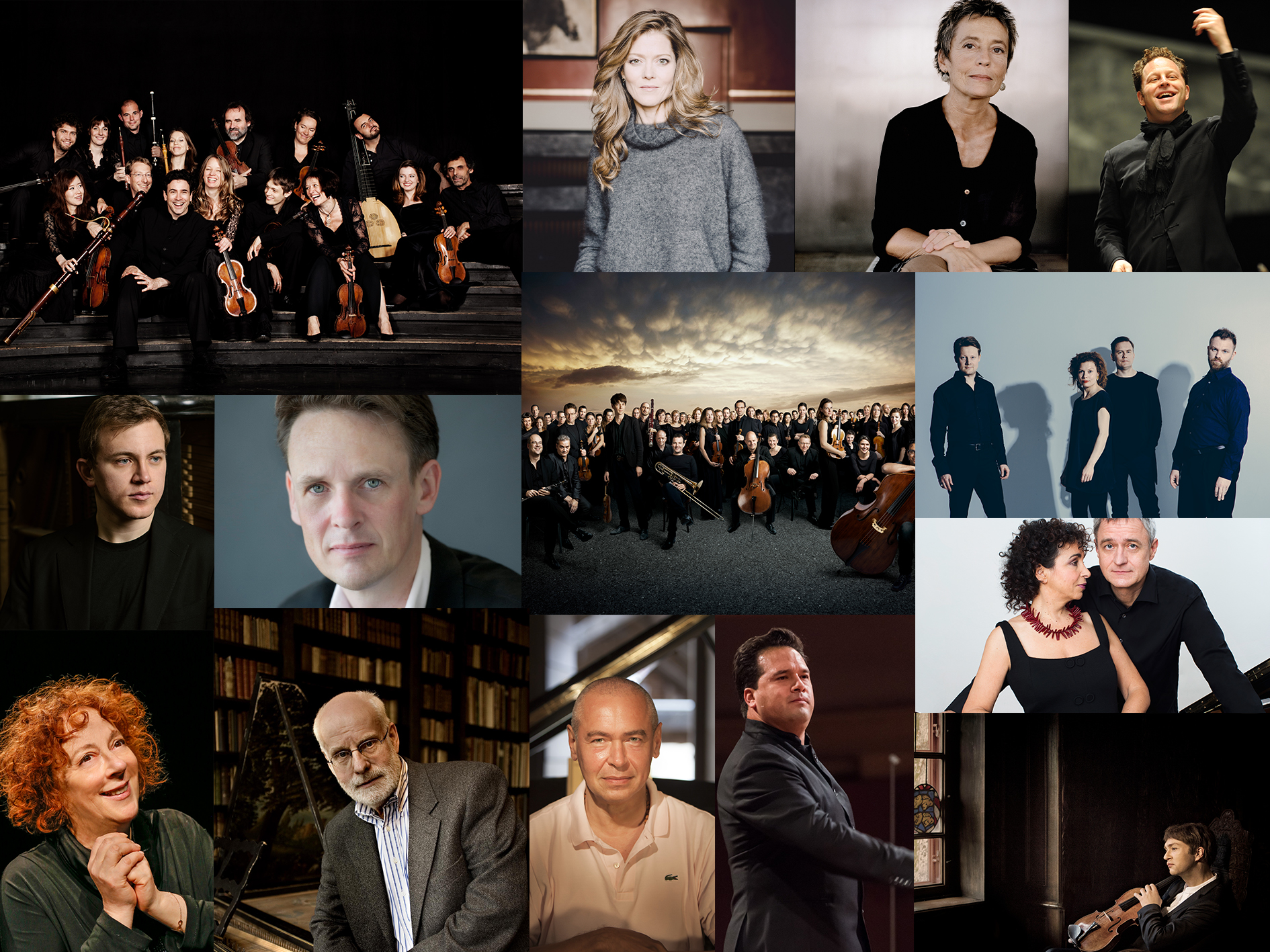 In a joint statement, Stefano Lo Russo (Mayor of Torino) and Giuseppe Sala (Mayor of Milano) declared that «the ‘light’ is back with the return of MITO SettembreMusica, after two years of restrictions due to the Coronavirus pandemic. […] At last, in 2022, the classical (and beyond) music that unites the cities of Milano and Torino is back in full swing. Back are orchestras, ensembles and artists from all over the world. Musical curiosity abounds once more, in venues large and small, today without limitations to capacity».

The sixteenth edition of the MITO SettembreMusica classical music festival will soon be getting underway in Torino and Milano, Italy. This year’s poignant theme: Lights. The festival runs this September 5-25, with 116 concerts that will definitely shed light on dark times with some of the greatest music of all time. Come one, come all: kids, young people, adults, senior citizens. One of MITO SettembreMusica’s main goals has always been bringing people together through music. Here you can meet people and exchange ideas, while enjoying musical masterpieces from a great cultural legacy. It’s something precious that belongs to all of us, heritage that multiplies and grows. Something that MITO SettembreMusica encourages and promotes. In 2022, MITO SettembreMusica was recognized by the Italian Parliament as a “festival worthy of absolute international prestige” and awarded one million euro in additional funding.

Based on the theme “Lights”, concerts have been especially programmed to provide audiences with all-new listening experiences, as together we explore the rapport between music and light. The focus is a synesthesia involving sounds and images which sometimes emerge explicitly from composers’ written indications like chiaro, scuro or luminoso. Yet there are also many moments when listening to the music itself, those very sounds conjure up any number of possible images.

Nicola Campogrande (Artistic Director): «The idea, the play of light has been applied to the creation of a program that purposely contains a host of masterpieces, cornerstones of classical music. Considering the complicated and dramatic times we’re living in, we think it’s important to reach out to the music that has made history, so that it might accompany us and reassure us – cultural bedrock, as it were, for sure footing».

This edition of MITO SettembreMusica aims to “light up” some of the greatest works from the history of music as we present a slew of all-new, original interpretations alongside them, including world and Italian premieres.

Anna Gastel (President): «Light against darkness. The light of reason. The light at the end of the tunnel. Light that’s warmth. Light of the spirit and rebirth. That’s what music is all about.  […]  A language that we hope reaches new listeners, too. The program is dedicated to them and to connoisseurs alike. Choose the shows you want to see and enjoy a festival that features two host cities and tickets at popular prices».

You already get a good idea of what MITO SettembreMusica 2022 is all about – i.e., an international outlook, great masterpieces of classical music, and new music from contemporary composers – on opening night in Torino. The “Imaginary Lights” program is slated for Monday, September 5 at the Giovanni Agnelli Auditorium inside the Lingotto complex, with a repeat performance at La Scala in Milano on Tuesday, September 6. Featuring the famed Philharmonia Orchestra from London, conducted by John Axelrod, performing music from Edvard Grieg’s Peer Gynt and Nikolai Rimsky-Korsakov’s Shéhérazade. The evening opens with an Italian premiere – The Imagined Forest by the young, award-winning British composer Grace-Evangeline Mason. Still and ever more in theme, MITO SettembreMusica 2022 concludes with an all-Mozart shebang entitled “Crystals”, on Saturday, September 24 at the Giuseppe Verdi Conservatory in Torino, and Sunday, September 25 at the Giuseppe Verdi Conservatory in Milano. The Mahler Chamber Orchestra, a European ensemble founded in 1997 under the aegis of Claudio Abbado, presents an unusual set featuring soloist Leif Ove Andsnes.

Other symphonic performances not to be missed include an appearance by Canadian conductor and soprano Barbara Hannigan, whom we are thrilled to welcome back, and the Santa Cecilia National Academy Orchestra, playing Haydn’s Symphony No. 96, The Miracle, and Mahler’s Symphony No. 4. Hannigan sings the final Lied, Das himmlische Leben. That all takes place on September 16 at Teatro Dal Verme in Milano, and on September 17 at Torino’s Giovanni Agnelli Auditorium. Rai National Symphony Orchestra, a constant presence at the Festival, is led by principal guest conductor Robert Trevino, for a performance of Berlioz’s Symphonie Fantastique, and the Italian premiere of The Wonder of Life by Régis Campo, September 9 at the Rai Auditorium in Torino, September 10 at the Conservatory in Milano. Followed by a festive concert in celebration of Brazil’s 300 years of independence with the young players from the effervescent Neojiba Orchestra – otherwise known as the Youth Orchestra of the State of Bahia, conducted by Ricardo Castro, together with the renowned Portuguese pianist Maria João Pires playing Beethoven’s Concerto No. 3, Op. 37. Rhythms, colors and instruments from South America courtesy of composers Antônio Carlos Gomez, Heitor Villa Lobos and Jamberê Cerqueira, on September 13 at the Conservatory in Milano, and September 14 at the Giovanni Agnelli Auditorium in Torino.

More welcome-backs go out to the piano legend, Ivo Pogorelich, and his “Wandering Lights” recital featuring fantasies by Mozart, Chopin and Schumann; tenor Ian Bostridge, who sings Benjamin Britten’s Les illuminations Op. 18; violist Nils Mönkemeyer, teamed up with Bach Consort Wien for a concerto that explores music from the Baroque period to the 20th century, from South American to Europe.

This year’s MITO SettembreMusica program also includes its fair share of Baroque music, featuring pieces by Johann Sebastian Bach and many others, and performances by some of the world’s top musicians today. Look forward to unusual lineups and arrangements of legendary works. Four Bach pieces interpreted by the Amsterdam Baroque Orchestra, conducted by Ton Koopman. Here’s a curious concert for you: “The Fugue’s Double Art”, in which composer Reinhard Febel’srendition of Bach’s 18 Studies on The Art of Fugue, is note-by-note a remix that melds exquisitely with today’s digital sounds – courtesy of the Tal & Groethuysen Duo. More out-of-the-box Bach with The Goldberg Variations as played on the accordion by Samuele Telari. And a very special performance featuring two harpsichords and one harpsichordist, Luca Guglielmi.

This year MITO SettembreMusica dedicates a ton of attention to kids, with all-new shows by super-talented artists. Of the three children’s shows, two were commissioned by MITO SettembreMusica. Look forward to the world premiere of Carlo Boccadoro’s Animalia (with book by Martino Gozzi) in the “Animal Lights” section on September 10 in Torino, on September 11 in Milano. Also commissioned by MITO SettembreMusica, there’s Federico Gon’s Little Franz and the Pied Piper, in the “Li’l Rascals” section on September 24 in Torino, on September 25 in Milano. On the stage of the first concert there will be Laura Curino as narrator and the Chamber Ensemble of the Turin Philharmonic Orchestra led by Boccadoro himself, and for the second concert the Italian pop-singer Elio as narrator (on his return after last year’s edition) and the Orchestra of the students of the Conservatories of Turin and Milan conducted by Andreas Gies. The young players of LaFil, led by Marco Seco, with narrator Licia Maglietta, star in “Elephants”, presenting Poulenc’s The Story of Babar and composer François Narboni’s Le voyage de Babar, based on Brunhoff’s original text. September 17 in Torino, September 18 in Milano.

MITO SettembreMusica 2022 introduces two important novelties. The first is a festival within a festival, featuring 14 Italian pianists performing in outlying districts. They’ll be playing works by classical music’s greatest composers. Look forward to flourishes of style, poetics and technique. From Beethoven as interpreted by Andrea Lucchesini to Rachmaninov played by Alessandro Taverna. Filippo Gorini gives us Schubert, Mariangela Vacatello rocks with Scriabin. Gloria Campaner treats us to Chopin, Maurizio Baglini to Liszt, and  Benedetto Lupo to Tchaikovsky. Just to name a few. Novelty number-two: MITO SettembreMusica’s very first artistic residency. Awarded to the Meta4 Quartet from Finland. Applauded at last year’s festival, this year they’ll be performing three concerts in both host cities: Absolute Jest by John Adams, along with the Milano Symphony Orchestra, conducted by Patrick Fournillier), which takes its cue from Beethoven’s Ninth, and the Choir from Torino’s Teatro Regio – following a review of music for string quartets, from Boccherini all the way to Adams, in two sessions.

MITO SettembreMusica has always been proud to offer music round the clock, day and night. Venues include high-end concert halls like Torino’s Giovanni Agnelli Auditorium and Milano’s La Scala. Lest we forget the Arturo Toscanini Rai Auditorium or Teatro dal Verme, not to mention the two host cities’ conservatories, both named after Giuseppe Verdi. But this is a festival that goes beyond downtown. Concerts abound in the outlying districts of both host cities. This year concerts are introduced by classical music experts Alberto Brunero and Stefano Catucci in Torino, and Gaia Varon, Oreste Bossini and Nicola Pedone in Milano. Ticket pricesremain popular, ranging from 10 to 25 euro per show, 5 euro for concert-goers 14 and under. 5 euro for concerts in outlying venues, all afternoon shows and children’s performances. Plus, lots of free concerts. Check out the program now!

For Torino, we’re currently putting together a new version of the series that runs parallel to the festival, MITO About Town. It features live music in non-traditional venues, with performances geared toward those who can’t make it to the festival shows. Just what the doctor ordered in the wake of a devastating pandemic.

Fabrizio Paschina (Executive Director of Communication and Corporate Image for Intesa Sanpaolo): «It is with great pleasure that we confirm our support for MITO SettembreMusica, one of Europe’s top classical music festivals. Indeed, we’ve partnered with MITO SettembreMusica since its inception. It’s a major initiative involving host cities Milano and Torino, where Intesa Sanpaolo has deep roots, and one in complete accord with our goal of making music and art universal legacies that are accessible to all, especially young people».

Italy’s Rai returns as Media Partner with Rai Cultura and Rai5, which will be making a documentary film on the festival, as well as Rai Radio3, which will be broadcasting live and recorded concerts. Our Media Partnership with Radiotelevision Switzerland – ReteDue has also been renewed.